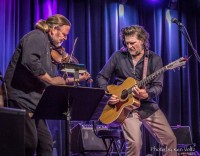 Free show
Join us for an evening of covers that will bring you back and keep you singing.
Eric Congdon:

Over the past 20 years, Eric Congdon has cemented his reputation as one of the regions best and innovative guitarists, as well as being a performer of incredible energy and creativity.  He’s been featured in Bold Life magazine, Mountain Express, and the Times News, in addition to several TV and radio appearances across the region including WLOS and WDVX Knoxville.

2022 sees the release of his 7th studio album, Roadside Attraction, adding to his deep and rich catalog of original music.  Eric’s music has spanned the globe with fans in Europe, South America and Asia.  His music has been used for several TV programs around the world.

Eric has also used his musical talents to help raise money and awareness for Autism.  Over the past 10 years, Eric has helped raise more than $150,000 for Autism related organizations in WNC.  He currently serves on the Board of Directors of the St Gerard House, the regions premier Autism Resource Center.

This week Eric Congdon will be joined by Paul McIntire

Paul McIntire is a seasoned professional Violinist with decades of varied experience. He creates a unique blend of artistic expression, technical prowess and audience appeal. His extensive repertoire encompasses a diverse collection of musical styles.

With his creative approach Paul takes the audience on a musical journey crossing over many genres and emotions, creating very unique, exciting musical entertainment.

From his native California, across the United States, Europe, and Asia, Paul has enjoyed sharing his instrumental passion.

Paul has studied violin for over forty years. A third generation Musician and Performer, he was classically trained since the age of 6. His interests lean toward Jazz Improvisation, Celtic, and Electronic music. Also an award winning Country Fiddler, Paul has extensive credits in recording, and Live performance 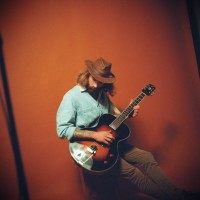 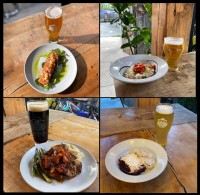